When it comes to being fit and healthy, the first thing most people say they’re going to do is to ‘lose weight’, that’s their plan.

At Bean we want to challenge the misconception that to be fit and healthy, you have to see that number on those bathroom scales go down, every single time. or the magic number that gets produced during a BMI test, doesn’t have to be in the bright green slither of that chart. We have been brain washed to only care about and base our progress on how much weight we’ve lost or how much we weigh.  Do not let a number define how healthy you are.

Let’s break our body weight down. Your body consists of three fundamental components; water, lean tissue (cells that make up our bones, muscle, cartilage, etc.) and body fat. Our body is approximately 50-60% water, which sounds crazy, but we are. That’s why hydration on a daily basis is so important. But funnily enough, water weighs something! So if you step onto that scale, think, how much water have I drunk today? Because if it’s a lot, you’ll be heavier! This is also why in the mornings you weigh less because you’re slightly dehydrated and on an empty stomach. Don’t worry about the water weight, you need it to live.

Next up is your lean tissue mass, your bones and your muscles.

Your muscle mass is really important. If you’re a guy you generally want that ripped figure that you see in the bodybuilding comps, and generally you woman are scared stiff of it, fearing getting ‘big’ or ‘bulky”. The reality is girls, that guys have to work VERY hard to build muscle, and you only have 5% of the testosterone they do, so your ability to build muscle in any volume is pretty diminished.

The beauty with any lean tissue that you do have, lies in its ability burn energy for fun in order to maintain, repair and grow.

Fat mass is the third component and it’s equally important, it’s a back-up fuel source, helps regulate core body temperature and also vitamin absorption, but you’ve still probably got too much of it. We start storing fat when we are in a consistent calorie surplus and not doing enough exercise to burn off all the extra fuel. We store it, it doesn’t look great. It’s also quite dangerous.

Your body fat percentage is one number you should be concerned with. It is the percentage of your body that is just fat, nothing else, just fat. Most consider anything over about 25% is starting to become a health risk. It increases your risk of heart disease, diabetes, increased blood pressure and cholesterol to name a few. Some people may have a higher fat percentage than others and still think they feel fit and healthy, great for them! However, if you are storing unnecessary fat mass, you are increasing your risks of serious health problems later down the road. So if you want to be a fitter and healthier version of you, ditch the fat.

The reason you’re here is not because of the number on the scale is it? It’s because you’re not overly impressed with what you see in the mirror or you don’t like the fact that you can’t fit into those trousers from last summer. That’s what made you want to ‘lose weight’. You need to forget about those numbers, the only two numbers you should be concerned with, are the number of calories you consume in your calorie deficit on a daily basis and your body fat percentage. Your main measurement of progress will be that feeling you get. How you feel when you look in the mirror. If it isn’t a good feeling, keep working at it, if it is a good feeling, keep working at it! It means you’re doing the right thing! 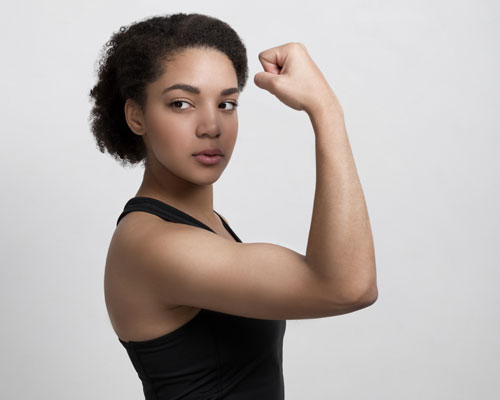 The weight on those bathroom scales will fluctuate all the time so forget about it. Through increasing your physical activity and improving your diet over a sustained period of time (within a calorie deficit), you will reduce that fat mass that you don’t like seeing in the mirror and you will feel much better about yourself,  don’t let the scales dictate your progress.